Music has always been a big part of my life. Growing up, I’ve swiped my sister’s or my dad’s CDs. From Avril Lavigne’s Let Go to the Reality Bites soundtrack, the groove of each beat lingers on my ear drums.

Before I delve into my top picks of the month, I used to work as a radio host at Loyola Marymount University’s online radio station and Blasts That Last, a local online radio station. Picking out songs seems like a chore, but what makes it fun is discovering what you’ve never heard before.

Grab a pen, a piece of paper (or iPhone if you’re more modern) and go! 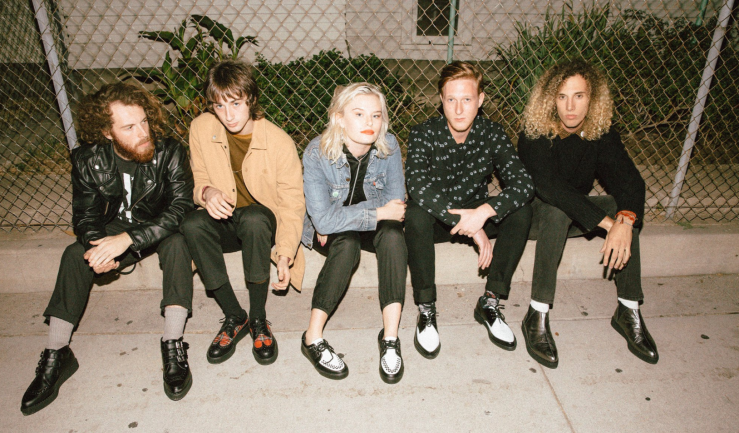 Dude, I don’t even know how to describe The Pink Slips. Fronted by Grace McKagan (a.k.a. Grave), her sound is basically punk with a little bit of synth. But, what I like about it is that you can really hear the drums, guitar and bass on the first listen compared to most L.A.-based bands. If you have yet to hear of their music, check out “Gimme” – it’s my personal favorite as it’s catchy, memorable and easy to sing to when you’re in an Uber. Although I have yet to see them live (it sucks for me as A) I live in Singapore and B) I REALLY want to so badly!), they’ve sold out a gig at The Troubadour, which is one of my favorite venues to catch up-and-coming acts. So, stay tuned for their EP because I’M GOING TO DOWNLOAD IT ON MY SPOTIFY THE MOMENT IT IS OUT!! (I’m ready to yell “Okurrr!” like Cardi B – OK!)

So, if you have any plans to travel this summer, they’re gonna be at Download, which hosts iconic acts like Guns ‘n Roses and Marilyn Manson. Thankfully, there’s also L7, an all-female fronted grunge band, so that makes it a nice balance to even out the heavy testosterone in festivals. 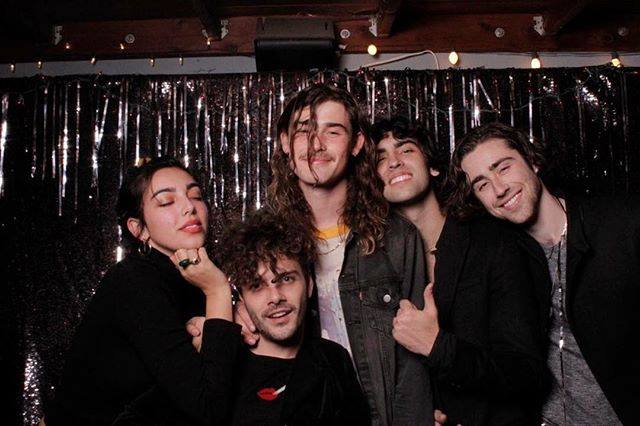 Moo-lah-lah!!! Where can I actually start?! I mean, if you’ve got a band with four good looking dudes and one incredibly hot chick, where are ALL of our eyes gonna be at? Fronted by two siblings, Brandon and Savannah Hudson, The Heirs is one of the very few bands you’ll hear of that has two vocalists. In fact, it creates a nice harmony too all of the synth-heavy inspired pop-backed beats. If you like Duran Duran and Fleetwood Mac, then you’ll like this band as their neo-retro look and sound are freshly contemporary.

Also, their music videos feel so cinematic. Seriously, YOU will be addicted! As for their songs, check out “Suburban Wonderland” – the track is dreamy, airy and something to dance to when you’re alone in your room.

(P.S. I’ve interviewed them before for Galore and they’re exactly as you see them: charismatic, fun and ready to blow you away!) 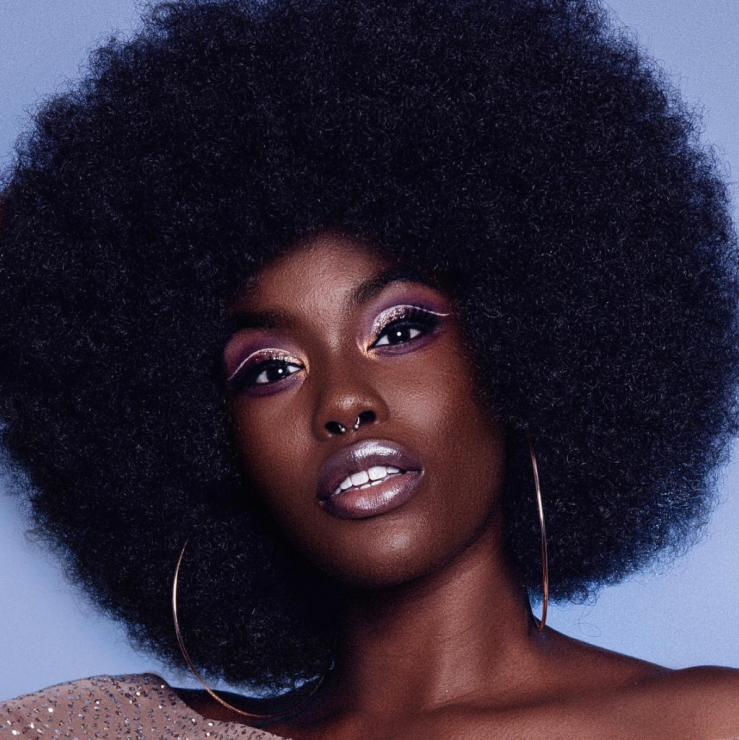 Watch out for this siren: Tanerélle‘s infectiously seductive hooks and alternative R&B sound will get you to listen to her music for HOURS. Based in Los Angeles, the Atlanta native’s main strength is a soulful, yet smooth velvety voice that is distinctly unique. It’s rich, but raw.

While a handful of artists use Instagram to promote their music, I feel that many are lacking in the engagement department as interacting with the fans can get them to feel his/her personality. This is why I adore Tanerélle: she’s upfront, unfiltered and hilarious. Trust me, you NEED to give her a follow!

As music is leaning into a politically-driven spectrum, one of the best songs to emerge is “In Women We Trust“, which calls for girl power in the wake of #MeToo and #TimesUp. Also, if you and your friends rant about bad dates with fuccbois, this is the song to raise all of your glasses to!

Fun fact: she DM’d me on Instagram to see if she can be featured on Galore and from there, I interviewed her! Although I did it last year, it’s one of my top faves. 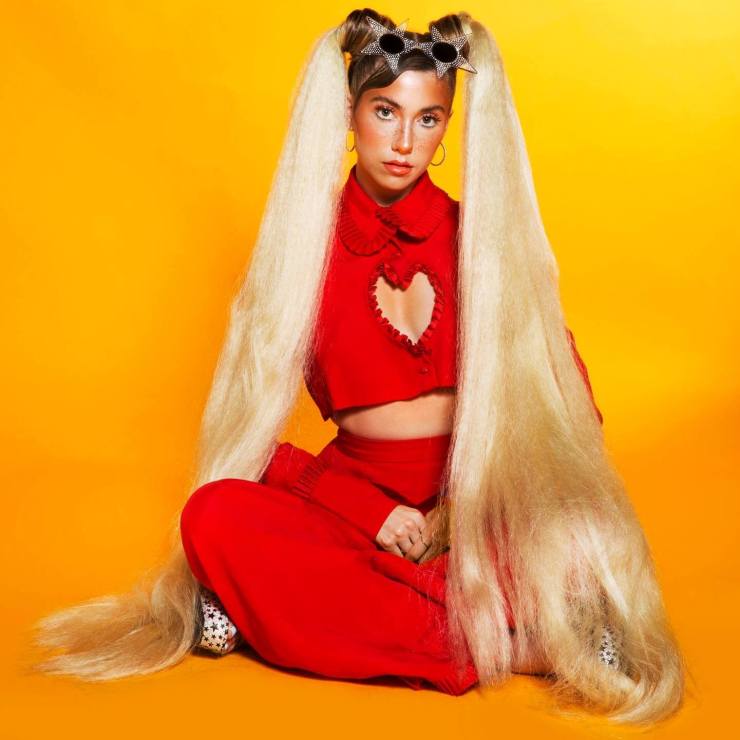 She may sound familiar, but get ready to know her name: she is Liz Y2K. Backed by bouncing electronic beats, her Gwen Stefani meets Britney Spears voice and J.Lo swagger feels extremely reminiscent of your favorite pop CDs from the 2000s. Thanks to its extremely party-ready tunes, you can absolutely pop it in during a workout!

One of my go-to tunes is “Queen of Me” as it truly uplifts you into another world. If you can listen to it again on repeat, this is the one to jam to.

(In case you missed it, go catch my interview with her on The 405! Trust me, she’s like a human version of a trivia game.)

If you are the type of girl that would watch old Winona Ryder movies and kiss your man in the pouring rain, Mothica has the perfect soundtrack for you.

Hailing from Oklahoma City, but based in Brooklyn, she has a unique voice that will pull you in like a tidal wave. In a sea of Lana del Rey wannabes that are invading Spotify, what makes Mothica stand out is her bewitching presence, which is something you can instantly feel when you hear her songs. Most importantly, she doesn’t bother to push out an enigmatic persona and/or try to put herself in the “indie pop” category. (Which is why I love her!)

Given that heartbreak bops are impossible to avoid, you need to get your ears ready for “Lovetalk“.  It’ll blow your brains apart, melt your heart like it’s a stick of hot glue and make you crank up the volume in your car. And also, it’s the type of song that you will most likely hear on an episode of Riverdale.

Open up your Spotify, follow her and if you are in NYC or LA, witness the litness because Mothica shows are NOT to be missed!

Who are your favorite new artists? Leave a comment and let me know!